Round 11: Never odd or eveN

Thank you to all those who added pictures during the presentation. yay for imgs 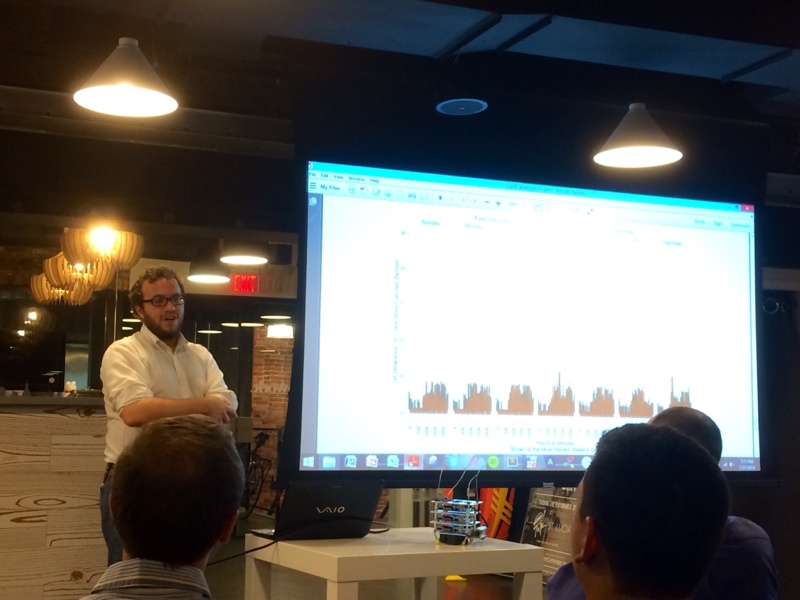 Jonathan (@jon_m_rod) talked about turning Fitbit data into useful personal data for free and not having to pay fitbit for personalized reports. He used, Knitr (R package) this lets you make cool PDF reports. In future potentially adding Shiny package for visualization in a web interface.

Jay (@BeerLabryrinth) showcased an awesome stack of 4 Nvidia Jetson Tegra K1s which have all kinds of cool applications. It ammounts to over 500 cores costing $600 that is 2lb in a 6x6” package. Damn. He vehmently denies that he’s using 192 GPUs to call aliens / mine bitcoin.

Shannon (@svt827) showed a new website she had built called “Shut that down”. It showcases heinous quotes that politicians say paired to campaign donations. You can then directly tweet the details to showcase the fact that organizations are supporting these individuals with questionable perspectives. The project (source) pulls data from sunlight foundation influence API . The idea was that something like this might provoke change by making organizations think twice about supporting organizations that donate to these individuals. It was “For fun. And vengeance.” 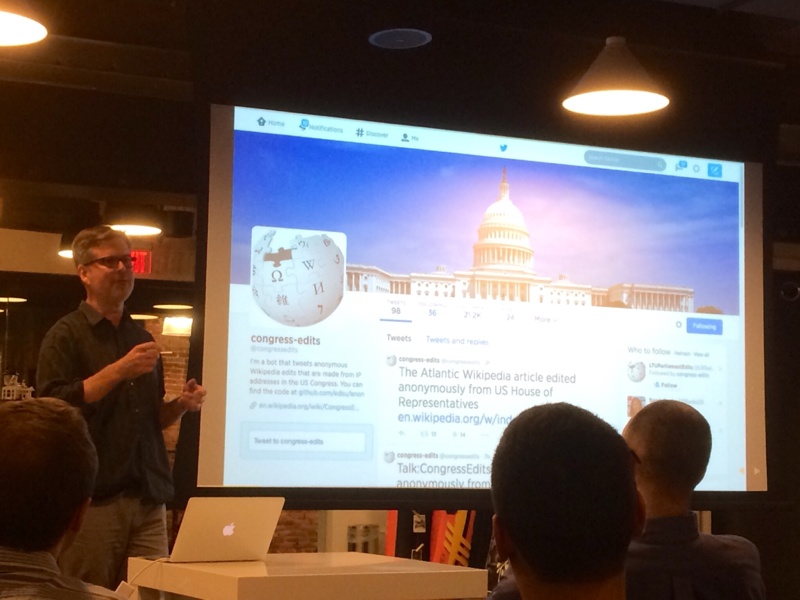 Ed (@edsu) built an app that tweets to @congressedits whenever congress changes wikipedia. Based off an initial app in the UK that used IFFT, he built an open source version that has since spread to a variety of other countries / general twitter bots based on the same idea. It has hit over 21K followers and more details can be found in the slides.

Reed showcased some fun things you can do with D3.js, Node.js and the Golden ratio.Github.com/reedspool. Yay for fractal / recursive things.