Here are the presentations from Round 15!

Would you like to play Hot^H^H^HLandmark or Not with photos of buildings, foods, and high fives? Antonio showed Landmark’s game (?) for iOS, Android, and web. Help decide what images they’ll use to make a new kind of navigation app! Who says getting labeled data isn’t fun? 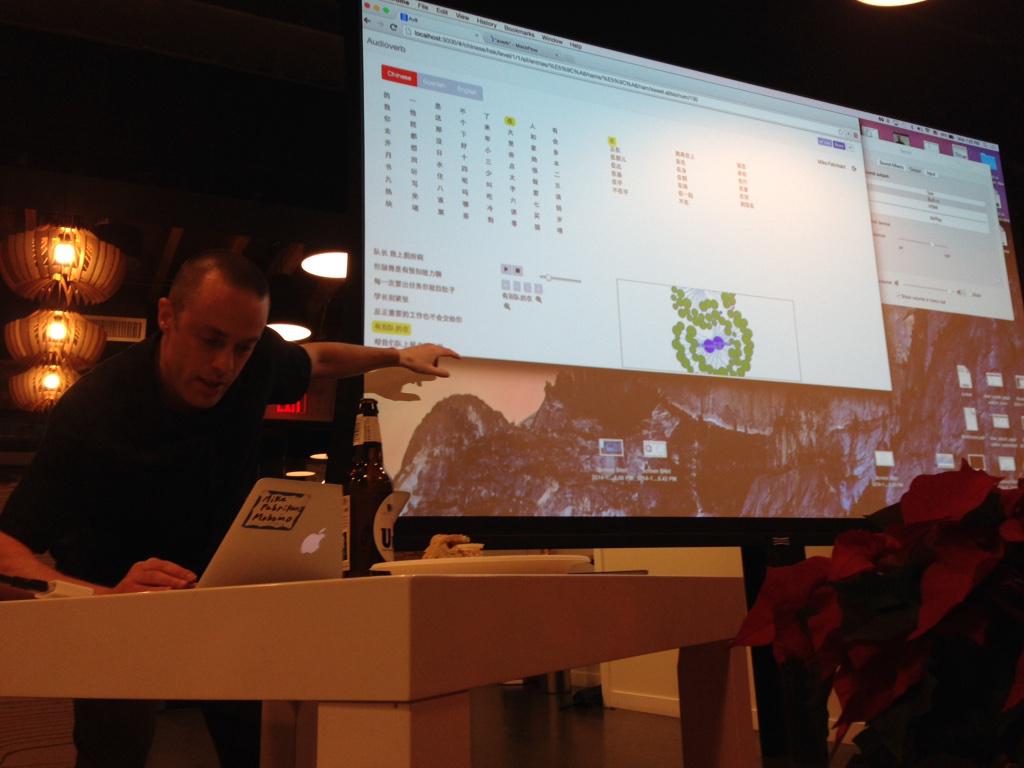 Audioverb is a tool for learning languages (Mandarin, Spanish, English) that uses subtitles from movies (with audio) to help provide context. Mike built it with Rails, MySQL, Sphinx for search, and Ruby for identifying verb clauses. Also, Mike is headed to Africa for six months or more - best wishes! 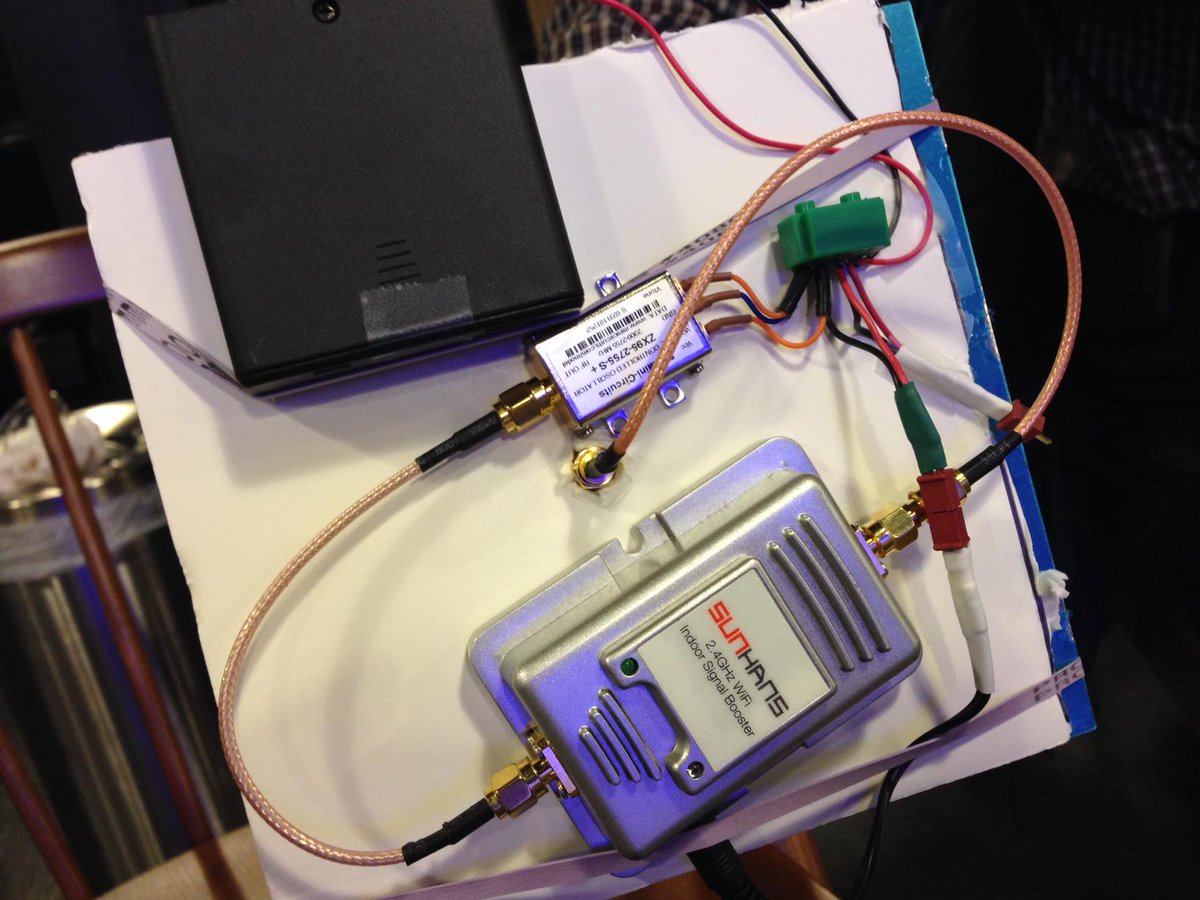 Inductive resonance is old news! Paul Jaffe showed off wireless power with radio waves, which offers greater range. It’s cheap to get into as a hobbyist; you just need a transmitter and receiver. Or you can try Paul’s two-component receiver that will light up an LED with ambient Wifi and so on! Refer to Paul’s YouTube video and/or printable PDF instructions. (Then scale it up to bring down solar power from satellites.) 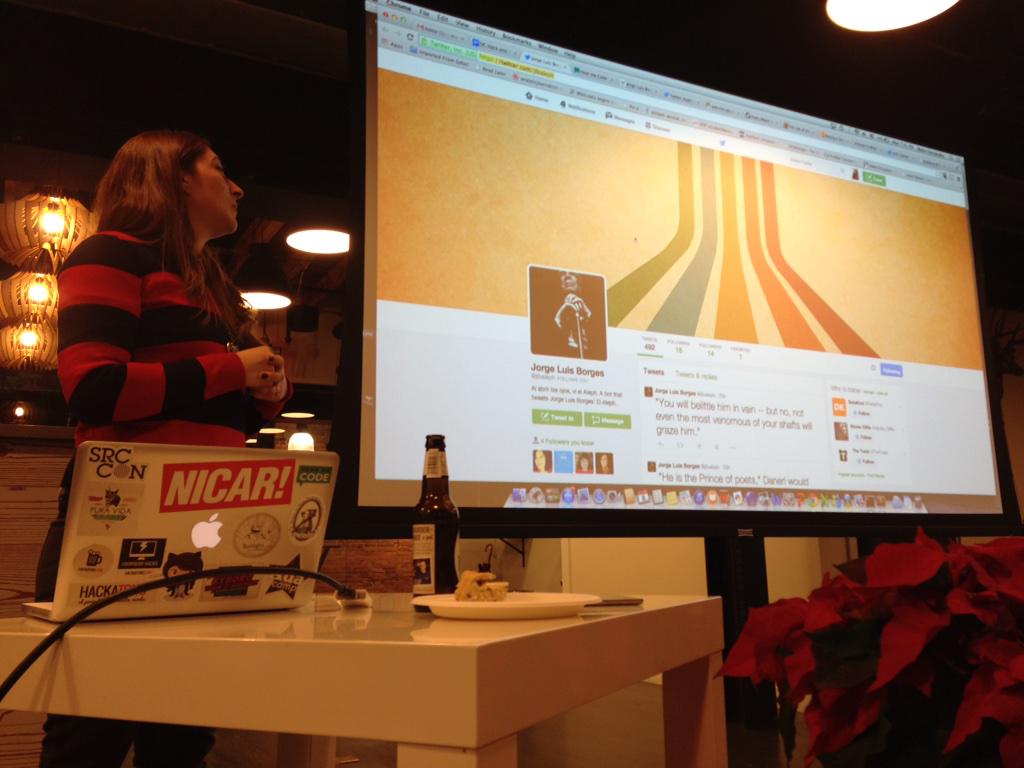 Hacks/Hackers organizer Maite applied some of the skills from Shannon’s Hear Me Code to make a Python/NLTK/Twython-powered Twitter bot: @jlbaleph. It breaks Jorge Luis Borges’ great short story The Aleph into chunks of ≤140 characters and delivers a serialized reading experience for the 21st century. 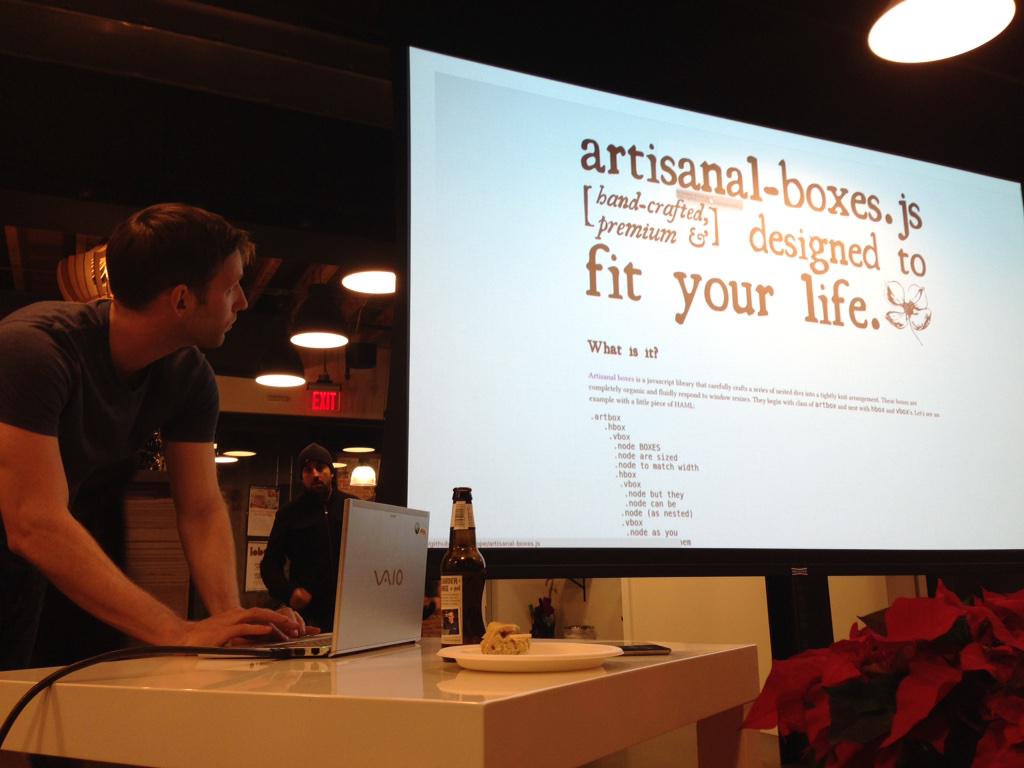 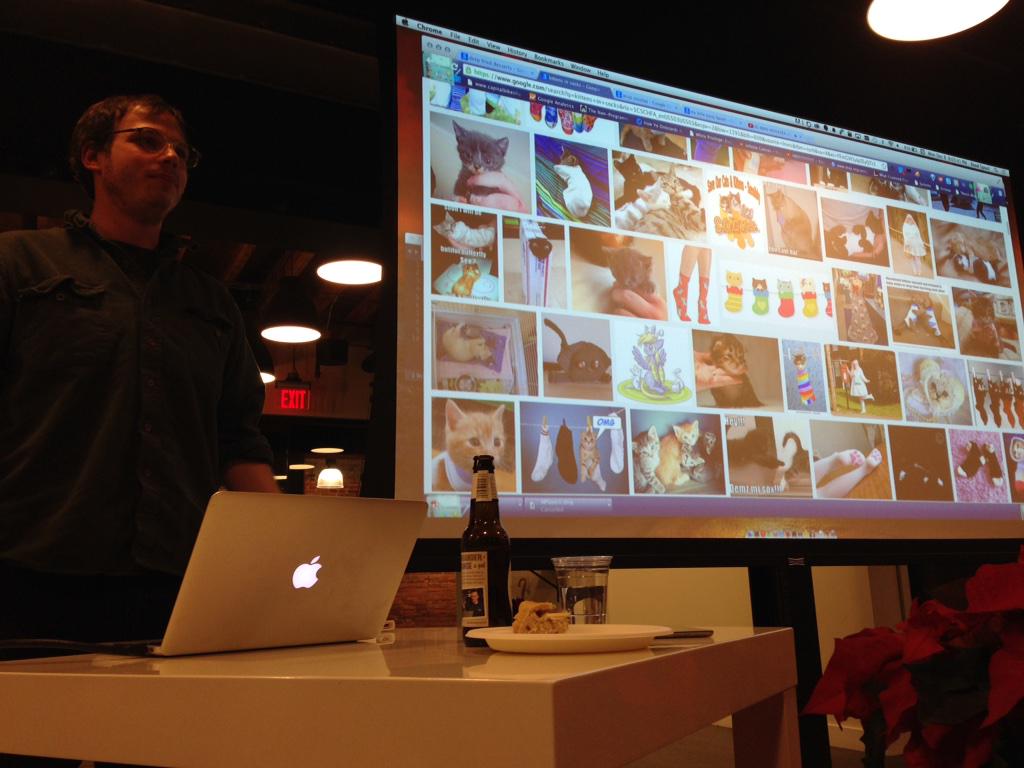 Are your kittens unpleasantly stationary? (Or worse, stationery?) Reed will make them scroll:

Use the above on some Google image search results. Use the below on a YouTube video for total flip times.

Get more on Reed’s blog. 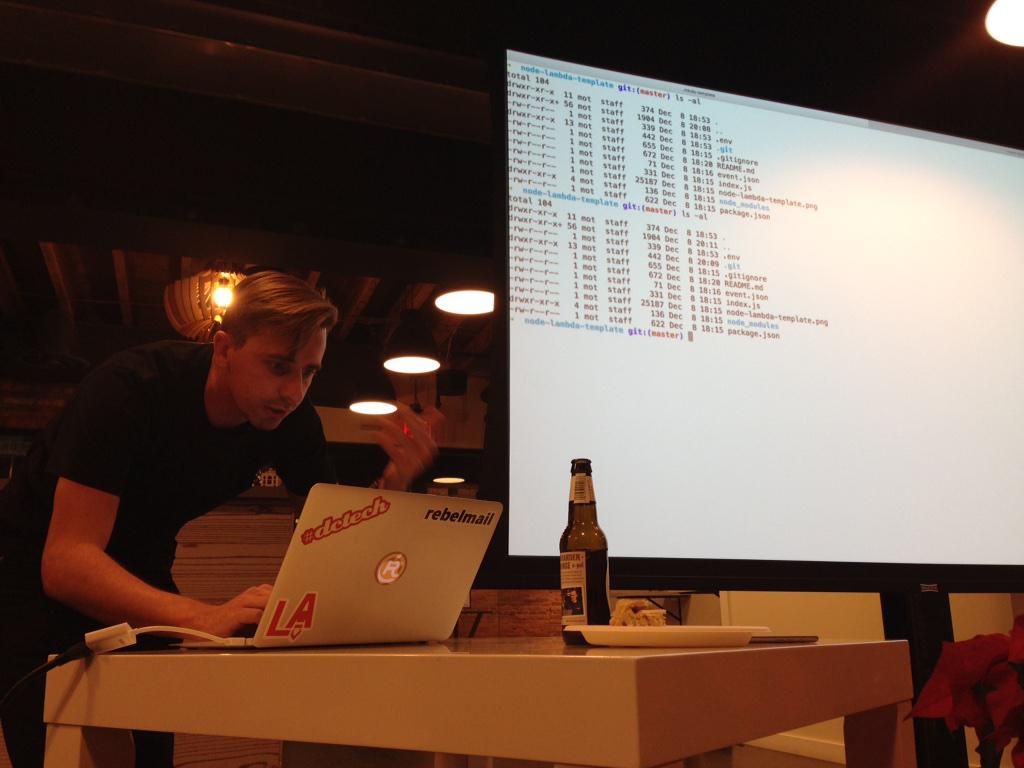 Mot was back with some glue for the new AWS λ: node-lambda. Now you can easily run node processes on demand and get billed to the microsecond or something like that. Whoa. 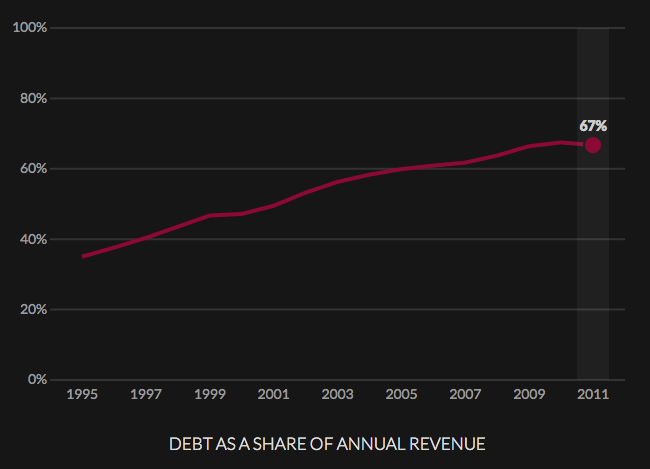 Chris went nuts on some school debt data and the result is an interactive D3-fueled fever-dream. Public school debt data for the entire US (about 18,000 school districts with 16 years of data) visualized with lines and nested tree map/bar charts. View live or source.

Thanks to everyone who presented, everyone who attended, and our favorite WeWork for hosting! Round 16 is already scheduled for Monday January 12, 2015, so RSVP and sign up to present! Not sure if you should present? Check out Sacha Chua’s Guide to Speaking in Public for Introverts!