(Feel free to warm up with Michæl’s Hack and Tell op art.) Here are the presentations from Round 16, facilitated with NowDoThis! 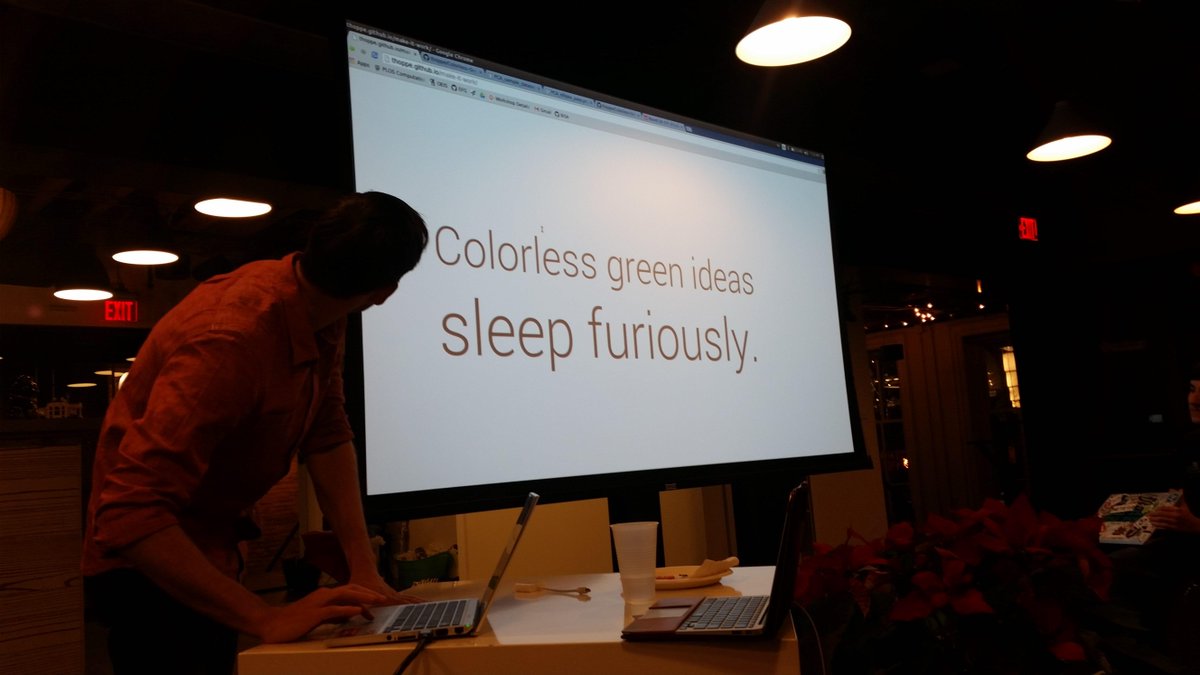 This project uses the entire Wikipedia corpus to generate word triplets from words that never appear together. Some highlights include “severe municipal jazz” and “secret psychological fragment”. 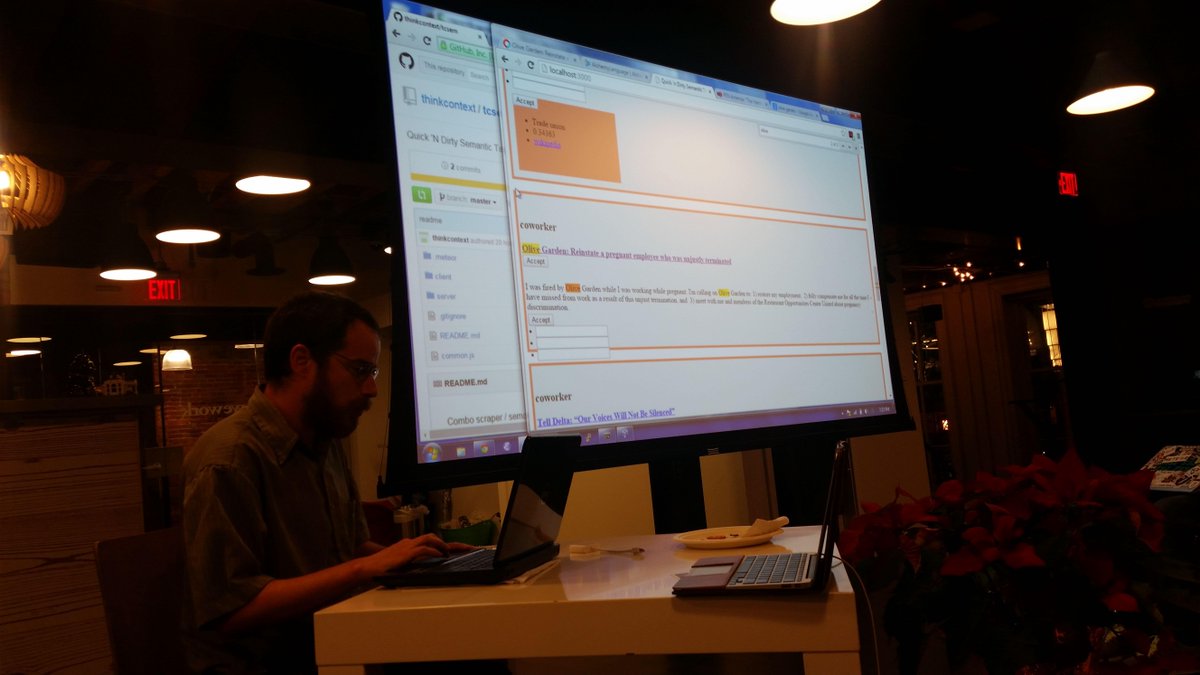 Alan used the Alchemy Language API to resolve the embedded entities in natural language in combination with a scraper for a large number of petitions. Once we’ve tagged specific petitions to a specific company or entity, we can make it appear in the ThinkContext browser plugin. (code)

Maggie created an app in HTML/CSS/bootstrap/Python/Django that helps track her fantasy basketball team. Who’s playing now? The app shows players, their pictures, their positions, numbers, and teams participating for each date.

Maggie found a CSV file with the full schedule of games, added this to a database, then added in the player information, including photos pulled from Wikipedia Commons.

The result is deployed on IBM’s Bluemix where you can see it live. You can also check out the code on GitHub. 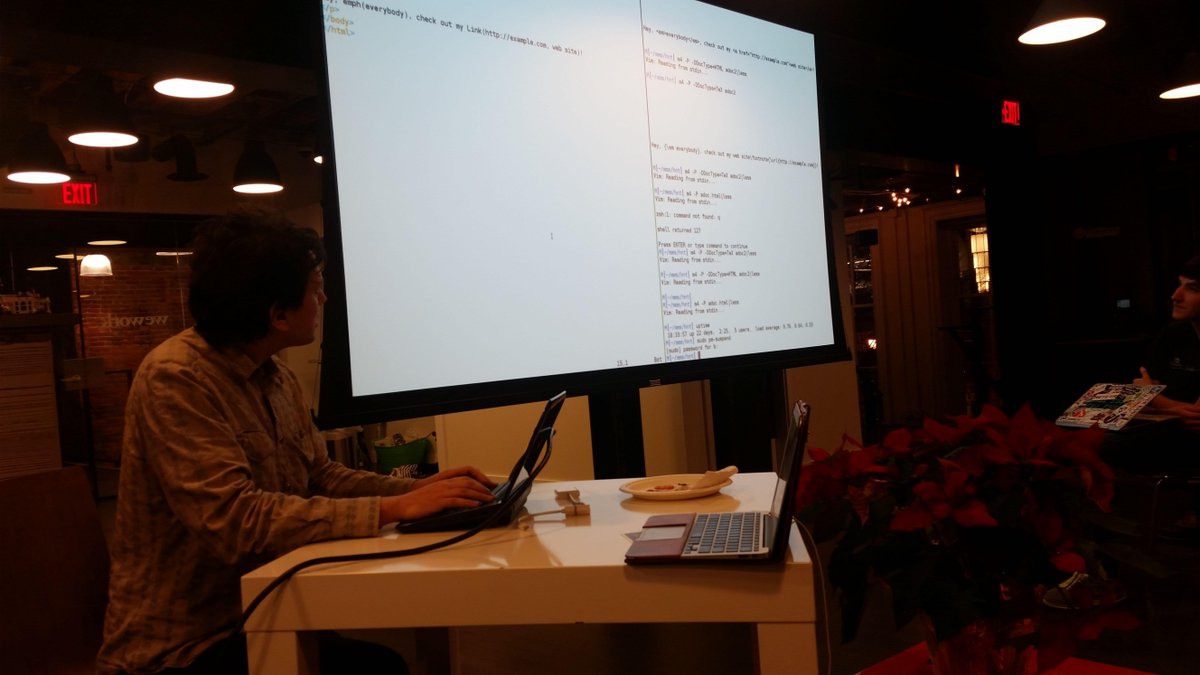 Ben shared his Malcontent Management System. This is not a system for managing malcontents, but a system for producing documents in PDF or HTML at your pleasure. It uses the m4 processing language, which is part of the POSIX standard, so you probably already have it. (A complete, thorough m4 tutorial.). (Note also that you can use m4 as a macro language to extend any language.) 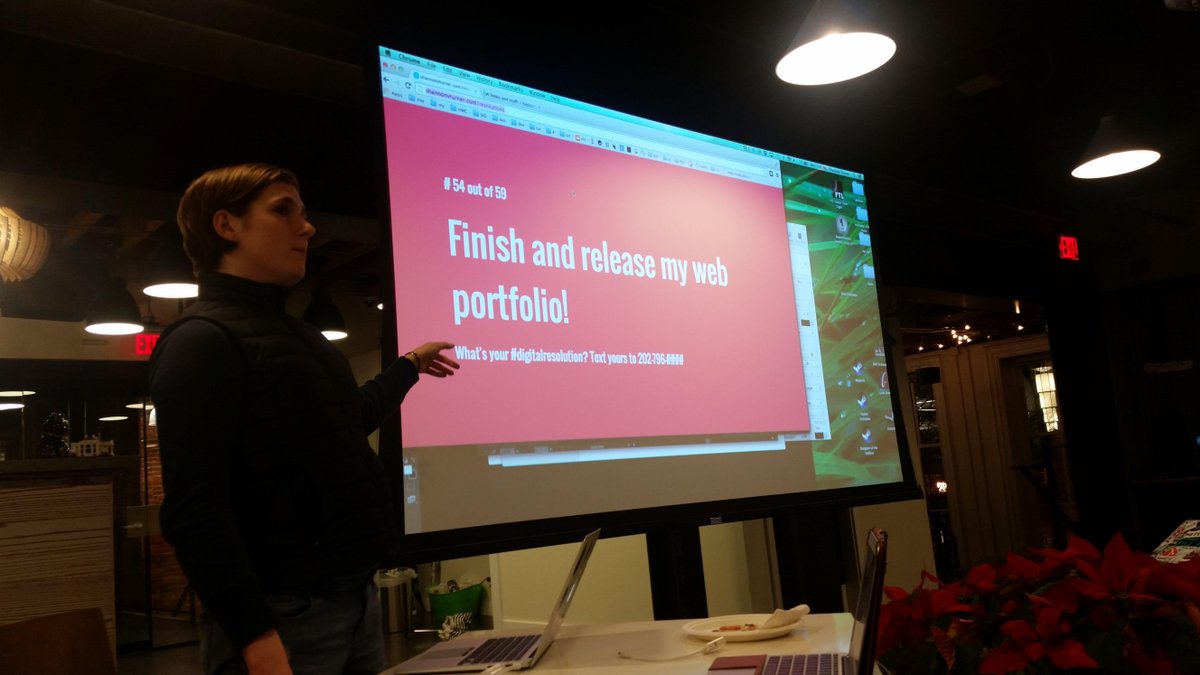 Shannon built a spectacular Digital Resolution microsite—and in record time! The site was used during the Digital Resolution women in tech party on January 10th to encourage participants to share their tech-related New Year’s resolutions with one another. The site was displayed on a big screen throughout the party and auto-updated as people texted in their resolutions. Code is up! 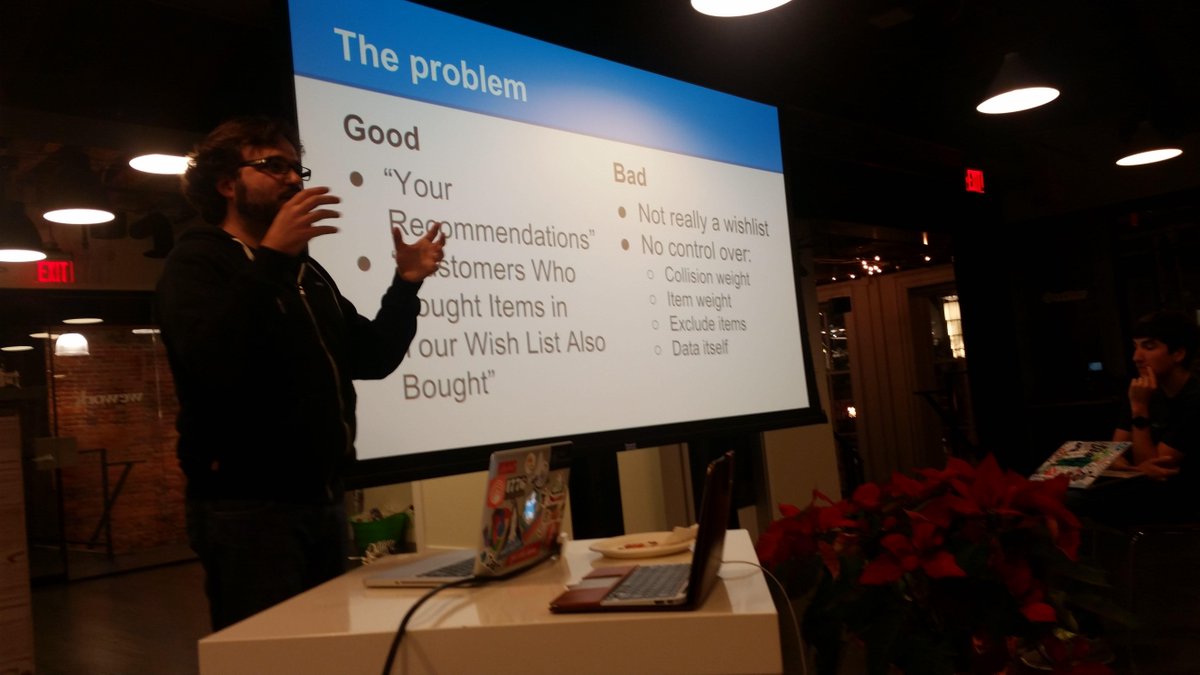 Antonio made collision.io to help with his Christmas shopping. It combines Amazon “customers who bought this item also bought” recommendations for multiple items, showing the “collisions” (items recommended in the lists from more than one item) to eliminate the noise. It’s a recommendation system built on another recommendation system! Not only is there a web site, there’s also an Android app—some of the magic comes from Ionic.

Rushi built Pynt, which lets you write Python programs by drawing. It’s a Meteor app that uses the MyScript handwriting recognition API. MyScript recognizes boxes, handwriting, and lists, returning information as JSON, so that Pynt can let you draw shapes on your phone to represent classes. It’s object-oriented programming in its truest sense. Try it live on something with a touch-screen!

Matthew made Mongit—a mixture of Mongo and Reddit. It lets you use Reddit as a database with MongoDB style syntax. A subreddit is a database, a post is a collection, a comment is a document. Yes really. Great for small projects and beginners to databases or coding in general. May not be appropriate for enterprise applications. 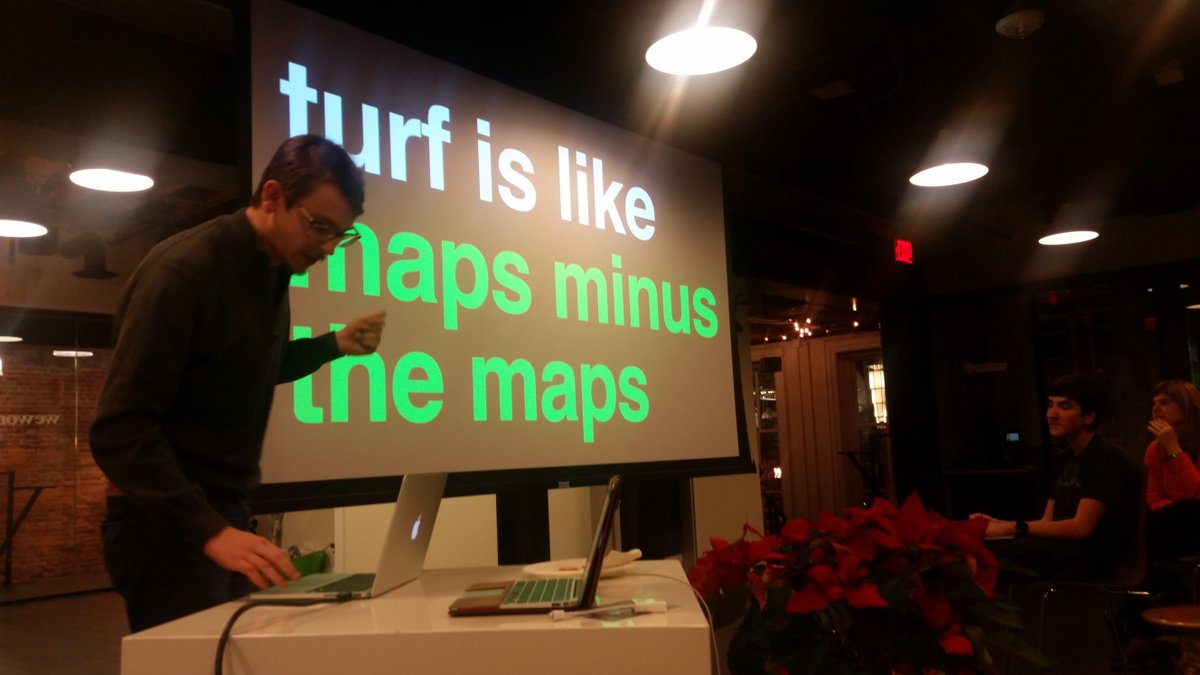 Morgan shared Turf: Advanced geospatial analysis for browsers and node. It’s a portable, flexible plugin for maps—without the maps. You can create buffers, bezier curves, 3D meshes, contours, aggregations, and much more for your maps. Realtime walkability analysis, anyone? Simple, fast, and modular!

Thanks to everyone who presented, everyone who attended, big thanks to MC for excellent photography, and of course thanks to our favorite WeWork for hosting! Round 17 is already scheduled for Monday February 16, 2015, so RSVP and sign up to present!